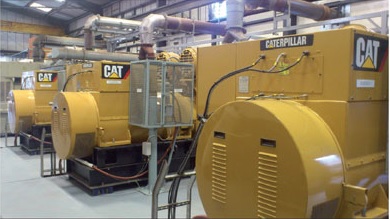 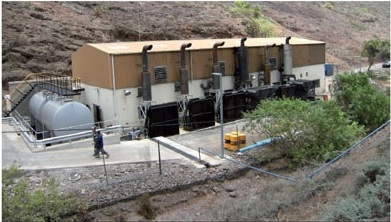 The island of St Helena is located in a remote part of the South Atlantic Ocean and has depended for decades on its diesel generators for its electricity supply. When it came time to replace the ageing equipment, it was decided to commission four new CAT generating sets. These comprise three CAT 3516B generators, running continuous power, and a smaller CAT 3508B for lighter loads.

The installation was divided into several phases, with the first focused on preparing and installing the first generator as a temporary installation. This would provide power to the island while the station was being refurbished.

Ruspet partnered with the main contractor in Boksburg, which oversaw the creation of the entire system in South Africa before shipping it to St Helena for installation. Ruspet was responsible for building the generator exhausts for the temporary installation as well as those for the permanent generator units.

The units were factory tested before shipping and the first CAT unit was delivered to site on 31 August, 2012. The temporary generator came online on 23 September 2012 and supplied power to the island until the end of November. The full project was completed in April 2013, with minimal disruption to St Helena’s power throughout.